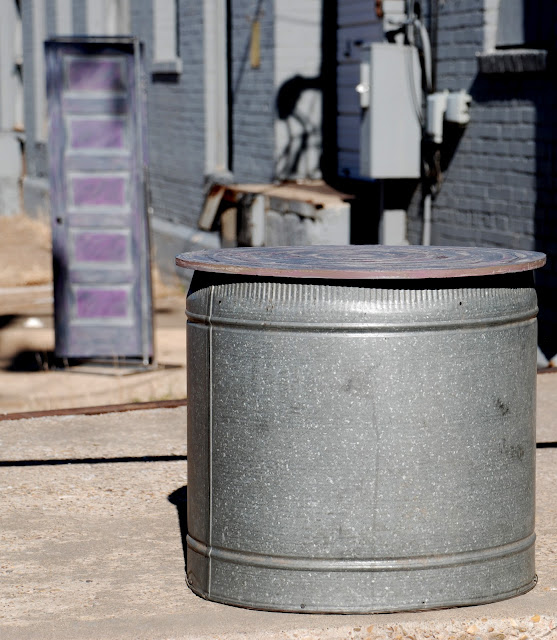 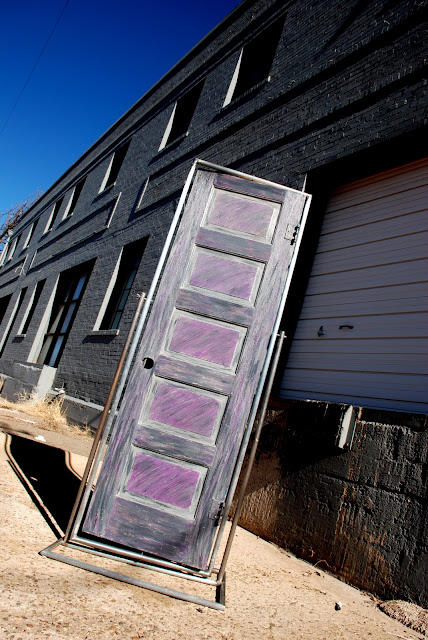 I'm always excited to design outside my medium.  So when Ben, a St. Louis real estate developer and entrepreneur, asked me to create his graphic designer girlfriend, Kelly, Christmas wish list, I was very excited.  I met Ben and Kelly at FORM Contemporary Design Show in August 2011.   Right away you know these folks are cool people. The universe aligned once more for us to enjoy a few beers at the Portland based, Deschutes Brewery.
The best way to describe this couple is bliss, energy, adventure.  They are so adoring of each other, your first instinct would be nausea.  But I can honestly say, their synergy is convincing to never settle for anything else when it comes to love. Ben wanted nothing less than to give his free spirited love exactly what she wanted. 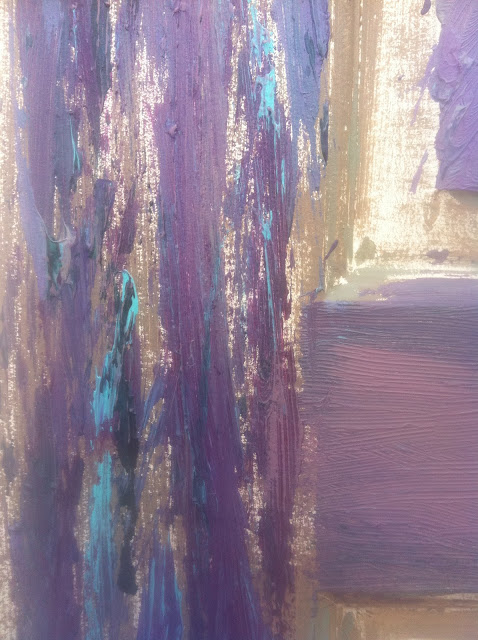 The order was a mirror on a stand and a linen hamper that could double as a table or stool.  Color scheme was greys and purples.  It was important that the designs be made with reclaimed materials.  The results are made with garage door pipe, salvaged door, vintage seed container, salvaged plywood, lots of paint and little creativity. The only thing I wasn't please with was blizzard that prevented us from making it to St. Louis for Kelly's big surprise.
Ben and Kelly are always on the go.  Seeking experience and adventure in their in everyday lives.  Ironically, these gifts have seen the dusty, flats of West Texas,  the snowy mountains of Taos, New Mexico, and the chaos of interstate 40 on a very snowy, icy day.  Soon will find themselves in Kelly's hip urban loft.  At that time be fastened with the mirrors that reflect her natural beauty. 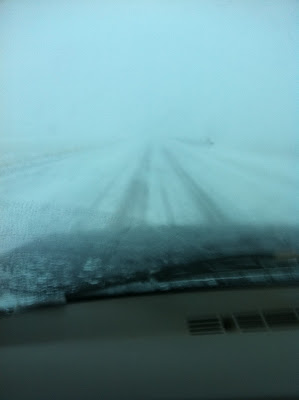 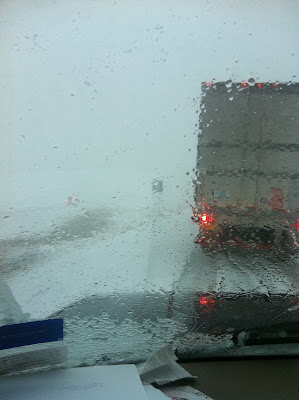 On December 19th, Tommy and I left Taos hoping to beat the storm and make our arrival in St. Louis by 6pm the next day.  That was the plan... Mother nature however had different plans for us.  About 20 miles south of Santa Fe, NM she began unleash her fury.  I've experienced white knuckled, white out road trips many times before.  So I wasn't scared, yet.  West of Santa Rosa, I received assistance from two TCU college kids that helps me apply emergency duct tape my windshield wiper  We arrived in Tucumcari around 5pm to three semi trucks stuck on the off ramp.  So we kept trucking to San Jon for petrol.  Around 7pm we hit a jack knifed FedEx truck which lead to two hours of multiple engine starts to keep the Tahoe warm. At one point, Tommy suggested rolling down the window so I might have the right words to get the traffic moving.  My suggestions may not have been appropriate for the ears of a four year old.  Ten o clock we arrive in Adrian, TX to a road closure.  The trail of exiting vehicles lead us to the town's COOP. The locals kindly offered up sleeping arrangements on cots in the COOP or a church pew at the United Methodist Church.  There are moments in your life when you feel small, humbled and powerless.  This was one of those moments.  As I observed the dark, silence of families trying to rest with coats as blankets, I felt so grateful for the kindness of others.  I've never felt so sure of things going "wrong" as a message.  Often I wonder if my fellow travels also felt a shift in their lives after that night.
As dusk approached I took notice of the road conditions. It was a sheet of ice and only a few eighteen wheelers on the road.  Slow and steady wins the race, right?  An additional two hours landed us in Amarillo at 10am.  Generally a 5 hour drive to Amarillo, we arrived in just under 24 hours.  At 6pm we would not be in St. Louis.  A great sadness.  That surprising moment for Kelly wouldn't come to fruition. No matter for this couple though.  Kelly was very touch by the great lengths Ben went to. 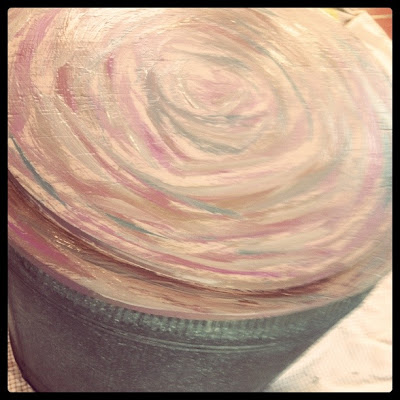 I'm so grateful for the experiences in my life that have lead to friendship.  In this case, my first contemporary design show led me to St. Louis, MO.  I fell in love with the city but most of all the people. 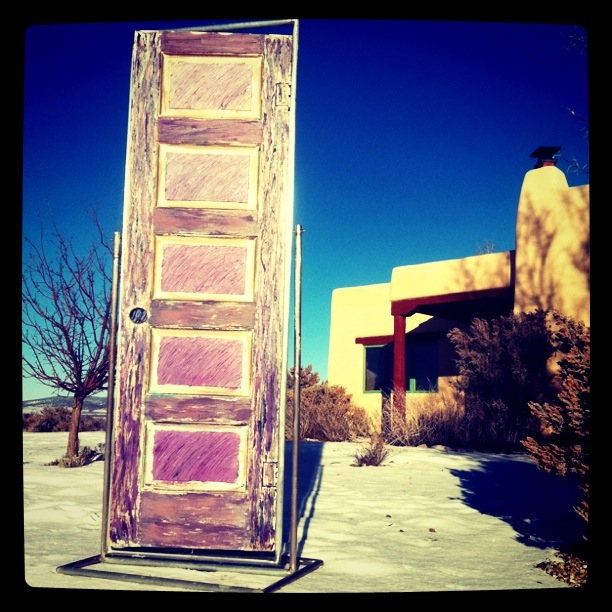 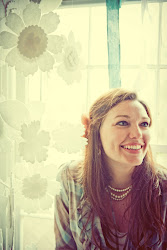 Where to Find Us

Promote Your Page Too 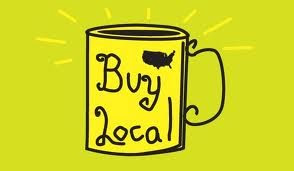